The meetings of the group are the main forum for airing public concerns about the way the Park is funded, managed and developed in the future. Whatever your main interest in the Park (playground, children, trees, wildlife, fun, football, tennis, running…) you can influence future developments.

Sign up for our latest news to receive this bi-monthly news and occasional bulletins.

Opened with comments from Mark Forsyth that before the election of candidates for the Committee takes place, that, as previously advised, he had intended standing down as Chair but as no candidates had stepped forward to stand he proposed staying in position until September.

The meeting discussed CPUG how to address restructuring the organization / changing the model, and how to revitalise attendance and engagement in the user group. The original purpose of the group was consultative and to represent the concerns of the diverse groups of park users; to feedback to, and critically engage with, the Council via the Park Management and the Park Development Board. It was suggested that perhaps we should revisit the group’s constitution and consider a different approach and more frequent meetings of User Group. It was agreed to investigate possible different models for the user group and for the elected Officers to discuss before presenting to the next meeting.

Minutes of the Last Meeting

The minutes were agreed without amendment.

Not available as Quinten Geurs was unable to attend.

Antiques Roadshow is at Clissold House and Park on the 10th of July. Tickets can be applied for via the Facebook link. The crew will be in the house and park for four days.

Splashpad work in the Bowling Green and Pavilion commences Monday 4th April. It is hoped it will be completed by the summer. The paddling pool, now beyond repair, will not re-open and there will be further consultation about re-development of the space.

Hedging for the Church Street side, alongside the old paddling pool, has been purchased by CPUG and will be planted by volunteers.

Next meeting: Saturday 15th May 11am in Clissold House with the option of joining on Google Meet.
We are always looking for people to get involved, do please let us know if you would like to participate. The roles are not onerous, there isn’t a lot of work involved. Email us on info@clissoldpark.com

Looking through back copies of the Newsletters will give you a good idea of the issues which concern Clissold Park users in recent years: children’s play facilities, events, the condition of the trees and ornamental planting, safety, organised and informal sports, bikes, dogs, opening times of the cafe, and so on.

There is no doubt that Clissold Park has improved in recent years, and some of this is due to pressure and dialogue with Hackney Council created by park users. 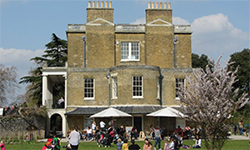 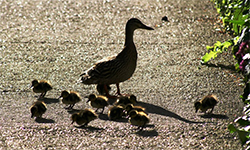 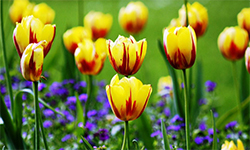 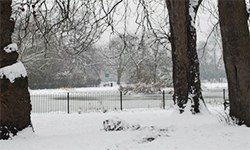 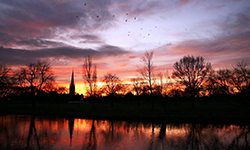